Shortly before I had really got anywhere with the Gold 280ZX (tidied up some electrical faults) I found out the barn I was using to store everything in was going to be re-purposed as a horse and tack shed/stable…….bummer.  Goldmember moved to a 3 sided shed and went under a tarp, at this point I took the decision that if I wasn’t going to be able to work on the car easily then I should can it there and then and revisit this project some other day.

A further influence in this decision was that I was also driving around in a Peugeot 306 DTurbo and that wasn’t exactly thrilling – I wanted something fun to drive again!  Also, the 306 failed it’s MOT……

So the Gold ZX went up for sale:

I didn’t get a lot of interest from the various Datsun clubs or classic car classifieds on-line so it went up on Ebay, fetching my reserve price.  The buyer wasn’t able to come and collect the car in person as he lived in Bulgaria!  His cousin collected and drove it to London where they were going to trailer it back to deepest Bulgaria.  I also managed to flog him a few spares from the blue 280 at the same time so the boot was full with various bits of rust and other goodies.

As it was driven away I was reminded about how great that L28 straight-six sounds so quickly grabbed a video of it leaving! 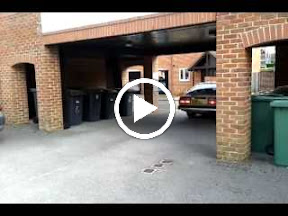 Going back to the mountain of ZX parts I had acquired from breaking the blue 280, I had a lot more luck selling on some of the larger items.
The engine fetched £150 and went off to Sean on the Z Club. He came over to the UK from France in a large van and did a tour of England, collecting and dropping off various Datsun parts both big and small.
The gearbox I have sold twice yet still have it in a shed! I can’t seem to get rid of the damned thing…..
Other large bits like wings and bumpers have also gone on their way, leaving me with a very large box of interior and engine ancillary parts – anybody want anything?!

Oh yeah, so after the sale of goldmember, I had money to put down on another car. Any guesses what I went for?! It was definitely going to be Japanese…..