I’ve been super quiet on the blog for quite a while now.
During the time away, I’ve owned a Honda Integra Type R (DC2) and then a SEAT Leon FR.
The DC2 had to make way for the diesel Leon as I took a job with a 120 mile round-trip and I sure as hell wasn’t going to pile all those miles onto a lovely clean ITR!

As it stands, I think the ITR maybe my favourite car I’ve owned so far in terms of £-for-£ enjoyment. My only gripe with it was that it never went wrong and so I never got a chance to do much spannering! This is perhaps why I never got around to writing about it…

Anyway, onward again to diesel ownership.
Eventually got bored of the Leon, despite it being new and very perky. Also returned a decent MPG for the long commute. I just couldn’t bond with it in the way I have with previous cars.
Decided to change for a cheaper, diesel run around and so picked up an Nissan Almera SXE which fits the bill nicely.
This allowed me to add a second car to the fleet, a 1990 Toyota Celica GT4 ST185. 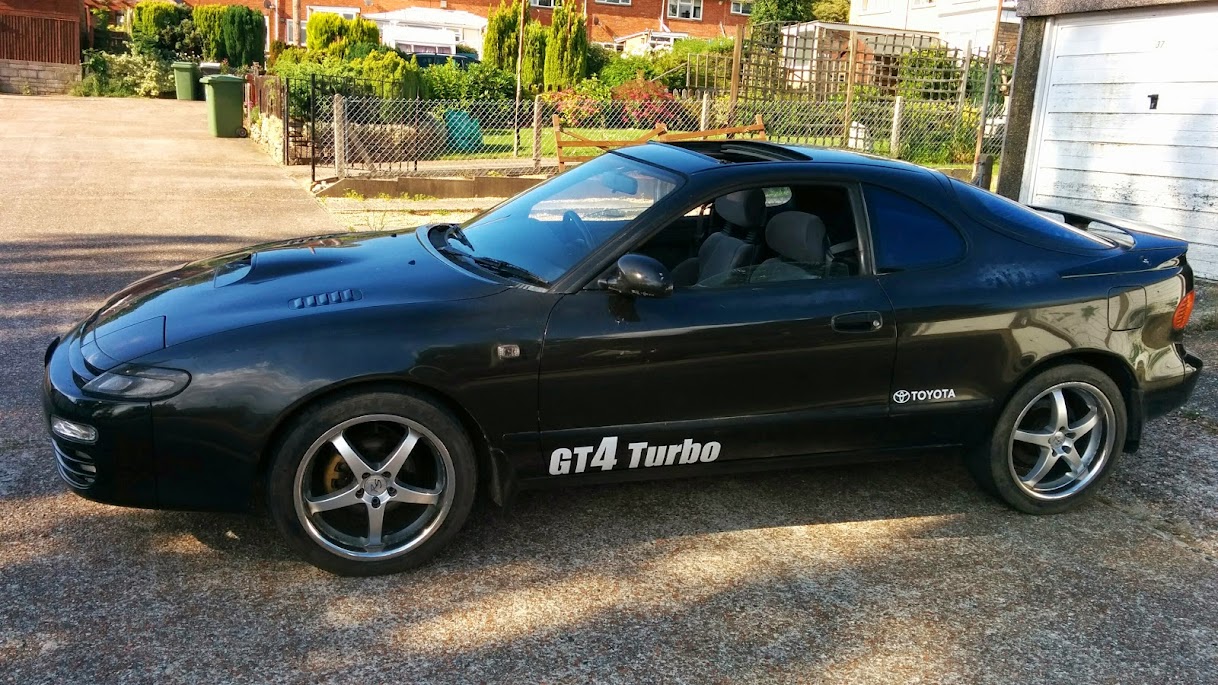 As you can see, I have my work cut out to bring this Japanese classic back to some form of dignity.
I’ve no idea what previous owners were thinking with the new stickers or the wheel choice but I have aimed to undo these mistakes and make good any previous bodges.

As a result the car now is running standard power levels and so hopefully with no weird over boost potential issues…..and it looks better!
Still a loooong way to go though! 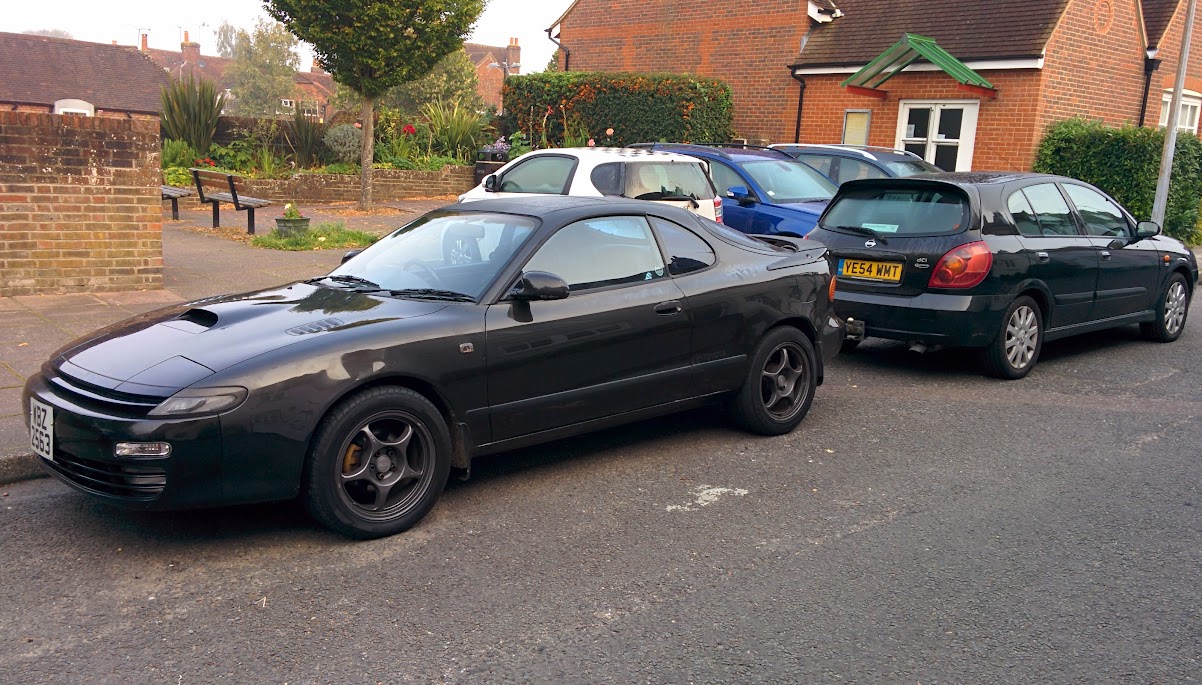 Being almost 30 years old, the GT4 has it’s fair share of age-related issues that need sorting out and most of those I will get to in time. When I picked it up it had a valid MOT (not entirely sure how to be honest) and so I wanted to drive it for a couple months over the summer before garaging. This meant I concentrated on making sure the engine was as sound as it could be after all the abuse it’s likely had.
Engine refresh jobs have so far included:

Unfortunately I didn’t get around to a fuel filter change and coolant flush.  Mainly because after inspecting the various components I’m certain that once I start fiddling with them they will either fall apart or seize up.  For example, the radiator is fairly corroded and therefore a new one is definitely needed.  They’ll be the first jobs to get done when I’m getting it ready to get back out on the road.

Now that the MOT has expired and won’t be able to pass the test without a number of jobs completing, the GT4 is confined to the garage where I can start work on the number of restoration jobs I’d like to tackle.

When planning the jobs I have decided that wherever possible, I will try not to have more than 1 or 2 different jobs on the go at the same time.  The idea being to minimise the length of time the car is off the road in between tasks, as well as ensuring I don’t forget where bits go when I put it back together!

Essentially, the aim isn’t to have a restoration project where it sits in the garage for 3 years whilst I do every job I can think of.